Bradley Tubb
Innovation, even in isolation Necessity is the mother of invention.

The ancient proverb had it nailed. Throughout human history, some of the most painful, turbulent and challenging periods have also turned out to be some of our most creative and innovative. And if it’s possible to find a silver lining in the current situation, perhaps this is it.

Let’s start with the Great Depression of the 1930s which saw the formation of Hewlett Packard and the first fluorescent light bulb. The decade that followed produced some of the worst social conditions ever seen, but there were also great strides forward in science, engineering and technology. The years 1939 – 1945 alone saw the invention of jet engines and pressurized cabins (two essential elements of commercial aviation), the mass production of antibiotics and, of course, the world’s first computer. 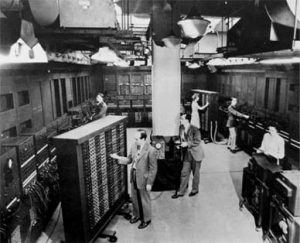 Tough economic times continued to drive innovation through the second half of the 20th Century and into the new Millenium. Diet Coke, which recently overtook its full-fat cousin, Coca-Cola, in sales, was first launched during the economic downturn in the early 1980s, and most recently, the GFC paved the way for a great many companies not afraid to do things differently, including Uber, Slack, Kickstarter, Stripe and of course, Airbnb.

AirBed and Breakfast, as it was known in 2008, started out after co-founders Brian Chesky and Joe Gebbia needed to make some extra cash. They bought three air mattresses for the floor of their San Francisco apartment, which they then advertised online offering travellers a place to sleep and a free breakfast. Later, as the company grew, they raised money by selling election-themed cereals. Heading into the start of 2020 the company was valued at $31 billion.

And while we may need to wait a few years to see which companies emerge from the current crisis as successful as those born during the GFC, we don’t have to look too far for smaller examples of innovation in current tough times.

Adapting to isolation
You’ll find our Sydney office in leafy Surry Hills, surrounded by hotels, bars and restaurants, many of which are still closed or in hibernation. However, while their doors were shut, many decided to recalibrate their businesses so they could continue to operate under lockdown. Examples include Kings Cross cocktail haunt, Dulcies, which is offering pre-batched versions of its signature cocktails available for pick-up and delivery; or the Royal Albert Hotel, where you can get a pint or two of pale ale to go, thanks to an on-site canning machine. There’s also the Archie Rose Distillery in Rosebery, which swapped spirits for hand sanny, and was able to re-deploy all permanent bar staff and over a third of its casual bar staff to the bottling line as a result. In what’s become a sign of the times, the first batch of hand sanitiser sold out almost immediately.

Who ever said bartenders weren’t in the business of saving lives? Here’s a message from our Groups Bar Manager Lewis: “Many years ago when I was starting out as a hospitality manager, one of my biggest life lessons came from Craig Harper. Whenever the bar would start to get a bit hectic and everyone would start to panic, he’d pull me aside and tell me that ‘we’re just bartenders here, we’re not saving lives.’ Once we got that into our heads it took all the stress out of any situation and I’ve passed this knowledge on to hundreds of managers in the past 20 years. Today, I get to prove Craig wrong. These are our bartenders saving lives. Archie Rose had to stand down its entire bar work force due to the current situation in Australia. Within 48 hours we have managed to give almost all of them jobs again and we are producing thousands of litres of hand sanitiser for as long as the country needs it. In your face, Craig!” If you've got your own happy story from the hospitality frontlines, cheer us all up in the comments below. 😊👇#ArchieRose #SaveHospo #SupportLocal

Retool, revive
Companies connected to the events industry were some of the earliest and worst hit in the current climate. While many of these were forced to close their doors very early on, others refused to roll over.

As you know we’ve only been in the retail business for 7 weeks now, so we’re pretty new to social media marketing. We see a lot of companies pushing their products through “paid partnerships” with “influencers”, which just doesn’t feel right for us. Instead we’d rather give our valued customers the opportunity to show the world how people really use our products. So from now until 4pm (AEST) on Friday 22nd May we’re giving people the chance to have your purchase refunded. Just post a photo of your IsoKing furniture set up, and tag @stagekings_au with the hashtags #stagekings and #isoking. Our staff will then pick the top posts from Instagram and Facebook, and put it back to you to vote for the winner to have their purchase refunded. So get those posts going (here’s a couple of cool examples we’ve received lately), and show us how real people are using their IsoKing furniture! #stagekings #isoking #flatpackfurniture #australianmade #plywoodfurniture #shoplocal

StageKings, a team that built structures for music events and arts festivals (you might remember the name from our recent post), lost $2.5 million worth of business in the space of 48 hours. They were also faced with the difficult decision of standing down a team of 23. However, seeing an opportunity in the vast numbers of people switching to work from home for the first time, the company began constructing “isolation desks” one week later, using the same skills and tools it had previously used to build stages. Ten dollars from every purchase goes to support music industry professionals currently out of work and StageKings was also able to re-hire its team, plus another 10 from the entertainment and events industry. So, if nine weeks into isolation you’re still sitting at an ironing board reading this, I recommend you check them out.

Nanogirl Labs in New Zealand is another great story of resilience. The company, which ran in-school events teaching children STEM skills, moved its model online in only three days – preventing it from having to wind up business. Nanogirl moved to new online formats, even though it was best known for live shows and its hands on approach to science in schools. This meant the brand could continue promoting diversity and inclusion in STEM, while families were bunkered down at home. The team will return to immersive formats in future but, in the meantime, was one of the brands that minimised the disruption to Kiwi kids’ learning and helped them have some fun along the way.

Pivots on a grand scale
From the west coast of the USA, to South Korea and New Zealand, there are now countless stories of innovation, coming from companies of all shapes and sizes.
Many of these are medical. Due to a worldwide shortage of ventilators, big manufacturers like General Motors, Ford and Tesla have been retooling their existing production lines to help meet demand. Some of these have even used car components in the design to speed up assembly.

And with personal protection equipment in short supply, founder of Rapidward, Milton Zhou, switched his day job in solar energy to help supply N95 surgical masks and accurate test kits to the world. His not-for-profit, which is focused on reducing the number of unnecessary fatalities due to a lack of such equipment, has grown dramatically and after just one month of operation had a pipeline of more than $100m.

Of course, these examples of innovation and resilience only tell part of the story. Many companies are not in a position to pivot on a dime. This is not a criticism of those hunkering down, shutting up shop or hoping that things will blow over quickly. Because while there’s wisdom in seeing necessity as the mother of invention, it doesn’t remove the risks. That’s why these stories of resilience and the innovators behind them are so inspiring. While many of us have spent isolation struggling to eat meals at structured times, exercise regularly and go ten minutes without touching our faces, others are out there taking enormous risks, protecting the lives and livelihoods of others, and literally shaping the future.