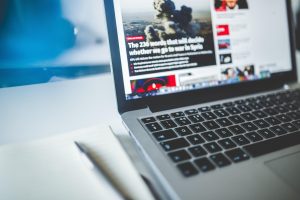 As Australians woke up last Thursday and, as they typically do, grabbed their phone for a scroll through Facebook to find out what’s happening in Australia and the world, they found their Newsfeeds a lot emptier than usual thanks to a massive overnight announcement.

The Media Bargaining Code, which was introduced in December 2020 and was delivered by the Australian Senate on February 12th 2021, aims to level the playing field of competition amongst large media companies — such as Google and Facebook — by forcing them to pay Australian news outlets for their content. However, Facebook Australia’s nuclear option reflects the company’s view that Australian publishers gain more from sharing content on Facebook than Facebook does.

The company reported that online news content accounts for less than 4% of all content shared and will have minimal impact on Facebook’s advertising revenue. Although Facebook was planning on launching it’s ‘Facebook News’ function in Australia — which would increase the company’s investment in local publishers — the company doesn’t want to be forced into a revenue-sharing position by the government.

Australian news publishers will be unable to share their content on Facebook. Unlike Google, who has been striking deals with local news publications under it’s ‘Google News Showcase’ feature, Facebook has said it will prioritise investments to other countries instead as part of its plans to invest in new licensing news programs and experiences. It adds that it’s with a ‘heavy heart’ that it had to ban news content on its services in Australia.

However, Treasurer Josh Frydenberg Tweeted that the Australian Government remains in close discussion with Facebook and Mark Zuckerberg. At this stage, it’s unclear whether the move is a permanent change by the company.

There will likely be further ongoing discussions between both parties.

The move has surprised many and is sending shockwaves across both the Australian media and social media landscape. Here are a few quick takeaways around the announcement based on consumer and media sentiment: