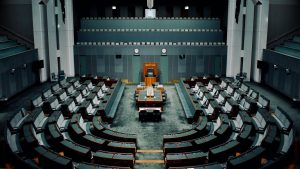 What you need to know:

Personality has played more of a role than policy differences during the 2022 Federal Election campaign, in which cost-of-living pressures have become  the biggest issue for voters. In this relative void, the state of the economy under the stewardship of a newly-elected government is the most significant question for businesses operating in Australia.

In terms of policies directly related to startups and the tech sector, Labor has flagged easier citizenship pathways for skilled workers, while The Coalition has said it will spend $5M on so-called a skills passport system, which it says will match workers with jobs in the technology sector. However, these are some of the few start-up or tech specific policies floated during this particular campaign.

Prime Minister Scott Morrission has cast  himself as a better economic manager, while Opposition Leader Anthony Albanese has championed plans to ease cost-of-living pressures with higher wages and cheaper child care.  Both could struggle to achieve an outright majority in the 151-seat House of Representatives, according to recent polling. A hung parliament is a possibility.

If this were the case, independent MPs would hold a lot of cards. A deal which allows the formation of a minority government could give them considerable sway over policy in key areas such as climate, housing and the economy.

The current Liberal-National coalition government and the Labor opposition have relatively different approaches to, for instance, health, child care, aged care, and Australia’s plan to achieve net zero emissions by 2050, but this campaign has been widely cited by commentators and the media as  lacking any real policy substance from either party.

One of the key planks of Labor’s campaign is a pledge to lift wages, and this could have implications for businesses.

Thanks to Inflation, real wages in Australia have been just about stagnant over the past decade. They could be kick-started out of hibernation, Labor says, through submissions to the Fair Work Commission, stronger laws on wage theft, changing the legal  definition of casual workers, amending workplace laws to ensure better conditions for gig workers, and limiting the use of fixed-term contracts.

If these changes were made to Australian law, some businesses might need to review their current structures, especially where gig workers are concerned.

Cost of living was already a focus of this  election campaign, and that was before the annual  inflation rate  reached 5.1% following the biggest quarterly increase since the GST was introduced back in July 2000.

This all but guaranteed The Reserve Bank of Australia would need to raise interest rates. Anyone in Australia who purchased a house since November 2010 has never dealt with a rate rise, but they experienced their first one during the 2022 Federal Election campaign.

It compounds what is perhaps the biggest issue for whoever wins the election, and what is likely to be a focus area for independents who could play king-maker if neither party secures a majority: How to address inflation, while also managing the consequences of record spending during the pandemic. Australian government debt is near AU$1 trillion.

Meanwhile, household debt is at such a high level, and mortgages such a large part of Australia’s banking sector, that realistically, the RBA can’t raise rates all that much before  making thousands of Australians broke. This means the government will be expected to do some of the heavy lifting to address the issue.

Considering the amount of household debt in Australia, how closely this is tied to consumer confidence and how reliant Australia’s banking sector is on heavily leveraged households, the housing market has been likened to something of a house of cards. And this means government policy is the biggest question mark.

Both parties have flagged they won’t introduce new taxes on individuals. The Coalition has said it will keep taxes to 23% of GDP, and while Labor hasn’t explicitly adopted this position, it has stated the only new taxes it would introduce will be on multinational businesses.

As the coalition has also pledged to continue a crackdown on the use of tax  loopholes,  it’s increasingly likely there could be changes to tax which could affect some businesses following the election.

Considering the high level of government debt, and the aforementioned cost-of-living pressures,  any action to force large multinationals to pay more tax is likely to prove popular with the electorate. This is another area some businesses will want to follow closely.